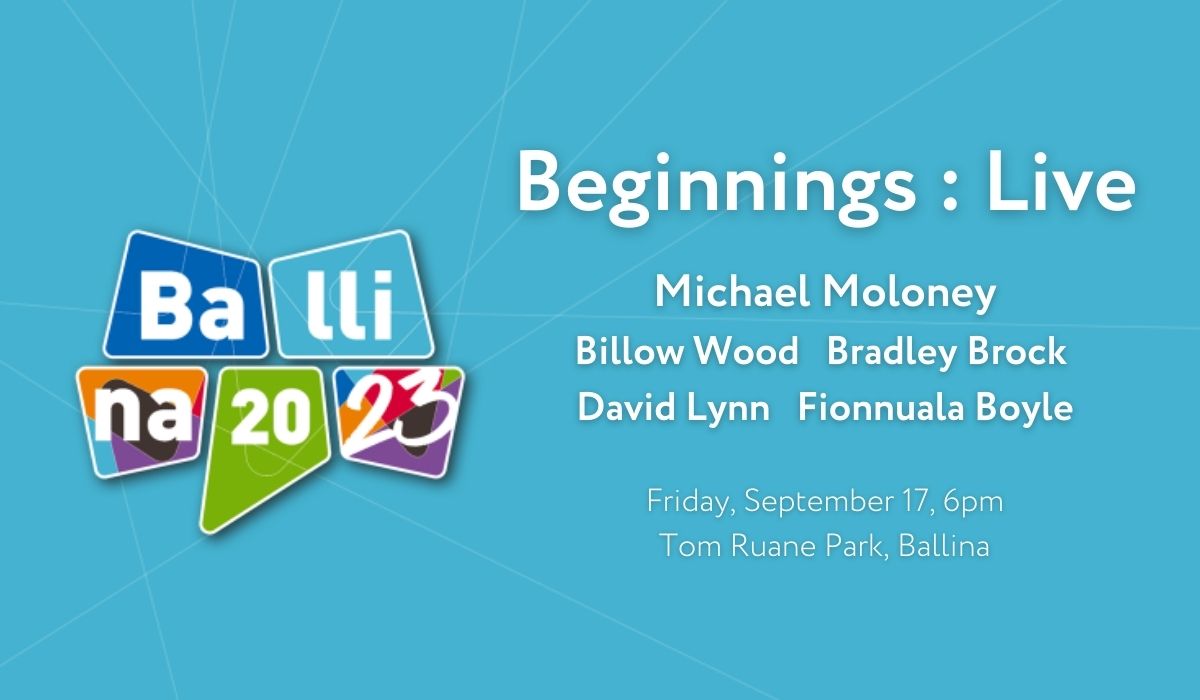 The line-up for Ballina 2023’s first live event will feature Ballina favourites folk/ trad/ pop group Billow Wood, rising star, Michael Moloney, the popular local tenor David Lynn, songstress and budding actress Fionnuala O’Boyle and Ballina’s own Drag Queen extraordinaire Bradley Brock. The event, which is part of Culture Night, will also have the first public screening of the new Ballina 2023 promo film, in what promises to be a magical evening on the banks of the River Moy.

Get your free tickets for Beginnings : Live

Due to current Government restrictions, to ensure no one is left disappointed, a prerecorded digital event, Ballina 2023 :  Beginnings – Live,  featuring a song from each of the performing artists will also go live on the Ballina 2023 website and social channels from 6pm on Friday September 17th.

In addition, to mark National Bike Week, the launch of Ballina 2023 will be a car-free event in collaboration with Ballina’s Green Town initiative. Those attending are encouraged to park in Ballina’s existing car parks and walk or cycle to Tom Ruane Park.  A Bicycle Convoy will also leave Batchelor’s Walk car park at 5:30pm. Led by Rachel Nolan of Rachel’s Irish Adventures, the convoy will start with a road safety briefing for cyclists, followed by a short circuit around the bridges by bike and then out along the river to the event. The convoy will return to Batchelor’s Walk after the event concludes.

The Local Live Performance Programming Scheme is funded by the Department of Tourism, Culture, Arts, Gaeltacht, Sport and Media and administered by Mayo County Council