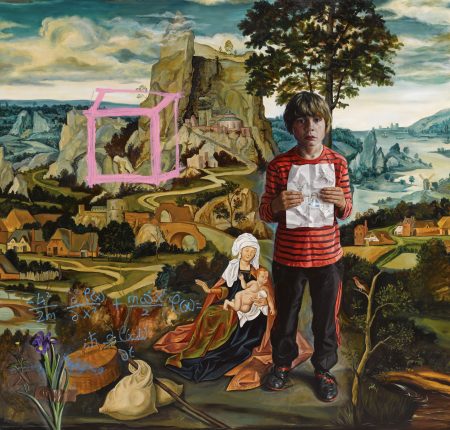 Since the late 19thCentury the west of Ireland has been an inspiration for artists. In its topography artists found both beauty and awe. The original focus was south and north Connemara with its indented coastline and the rising majesty of the Twelve Bens. But since the late 1990s the focus of has shifted to North Mayo, the land located above the diagonal from Westport to Ballina.

To honour this landscape as part of Ballina 2023, the RHA plans to site a collection of its current artist members artwork in Ballina in the autumn of 2023. Works by many of Ireland most famous living artists will be on display, including painters such as Mick O’Dea and Geraldine O’Neill, sculptors like Eilis O’Connell and Eileen McDonagh, multi-media artists such as Dorothy Cross and Alice Maher. Over 50 artworks will be shown in this the 200thyear of the RHA celebration exhibition.

Working with Ballina Arts Centre each week a member of the RHA will conduct a masterclass, demonstration or talk. You can expect a demonstration by Blaise Smith, an animation workshop with Aideen Barry, or a portrait masterclass with Mick O’ Dea.

The Royal Hibernian Academy of the Arts was founded in 1823 for the betterment of the arts in Ireland.  Its members have included Paul Henry, Sean Keating, Sarah Purser and many of the most important Irish artists from the 19thand 20thCenturies.

This is a collaborative project between the RHA, Sean Walsh, Ballina Municipal District Council and Ballina Arts Centre.